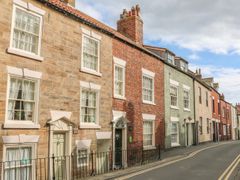 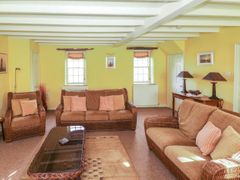 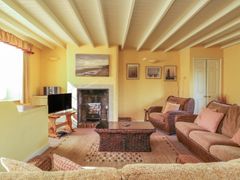 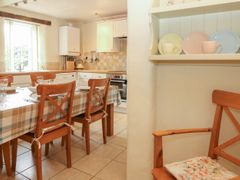 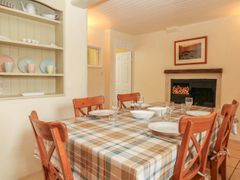 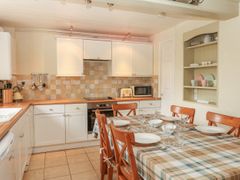 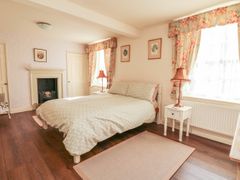 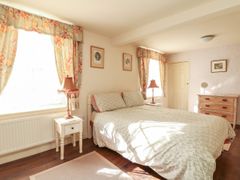 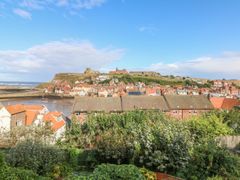 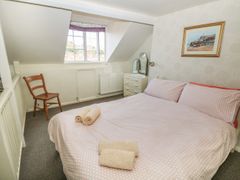 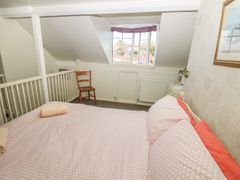 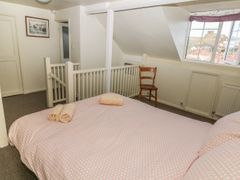 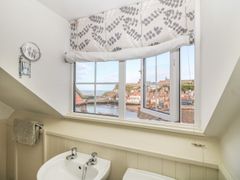 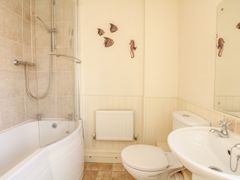 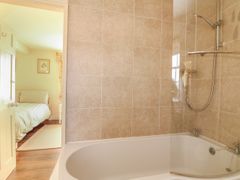 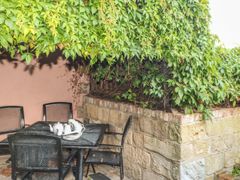 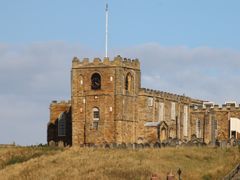 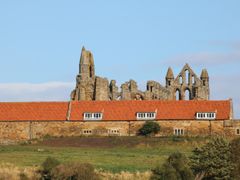 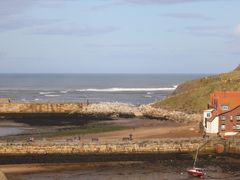 Kape Cottage is a lovely Georgian property with a charming courtyard garden in the heart of Whitby with stunning views of the sea, harbour and across to Whitby's iconic Abbey. Centrally located on a pretty residential street, the cottage is a short walk to the town's wonderful amenities including the harbour, sandy beach, West Cliff - with Whitby's famous 'Whale Bones' and its fabulous views across to the old town - shops, fine restaurants, pubs and tea rooms 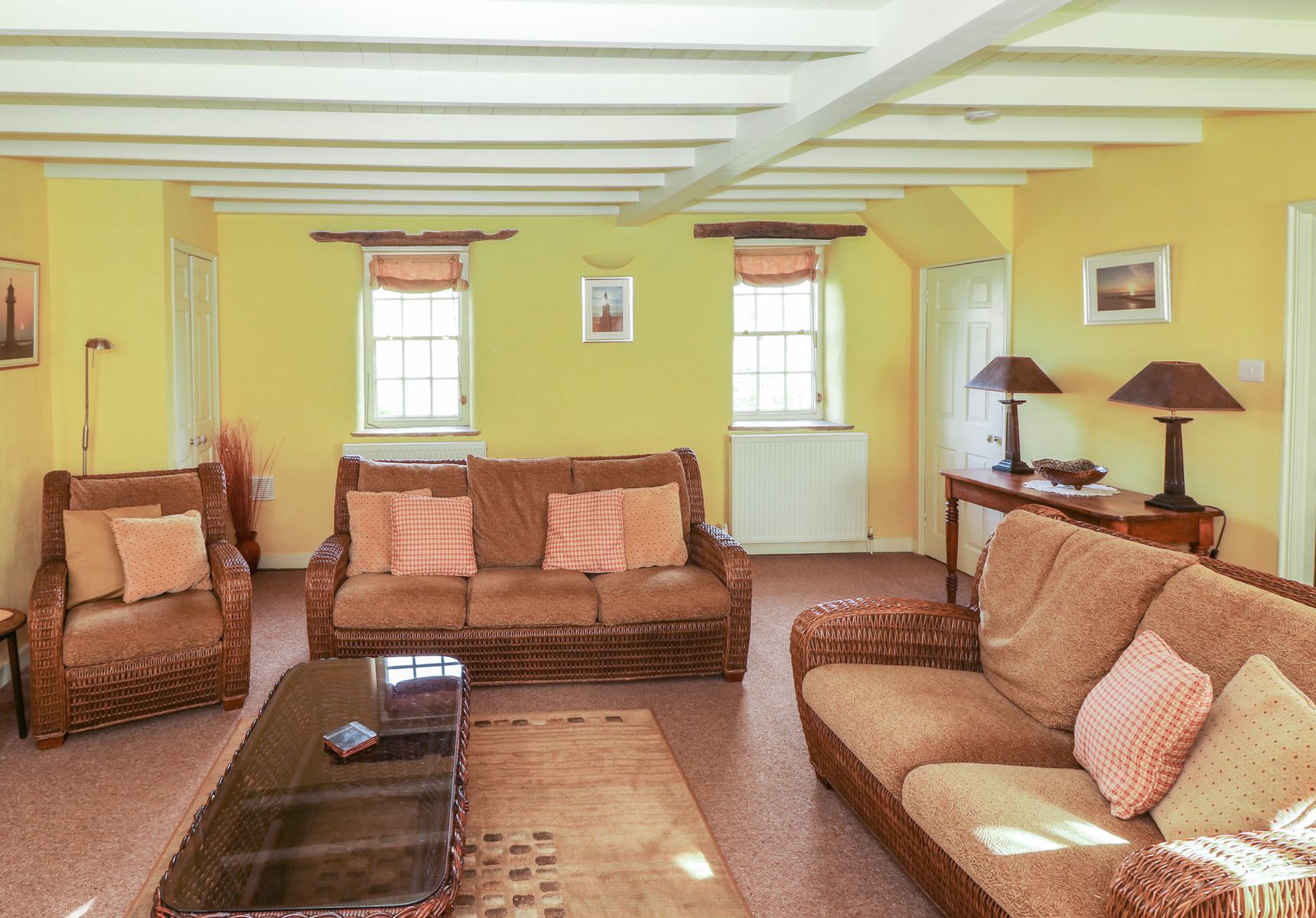 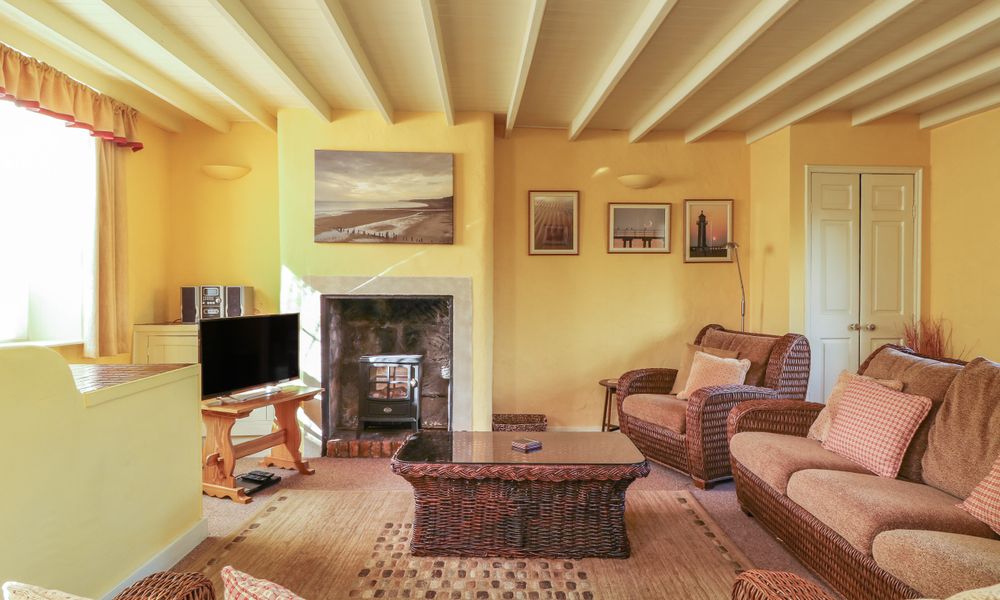 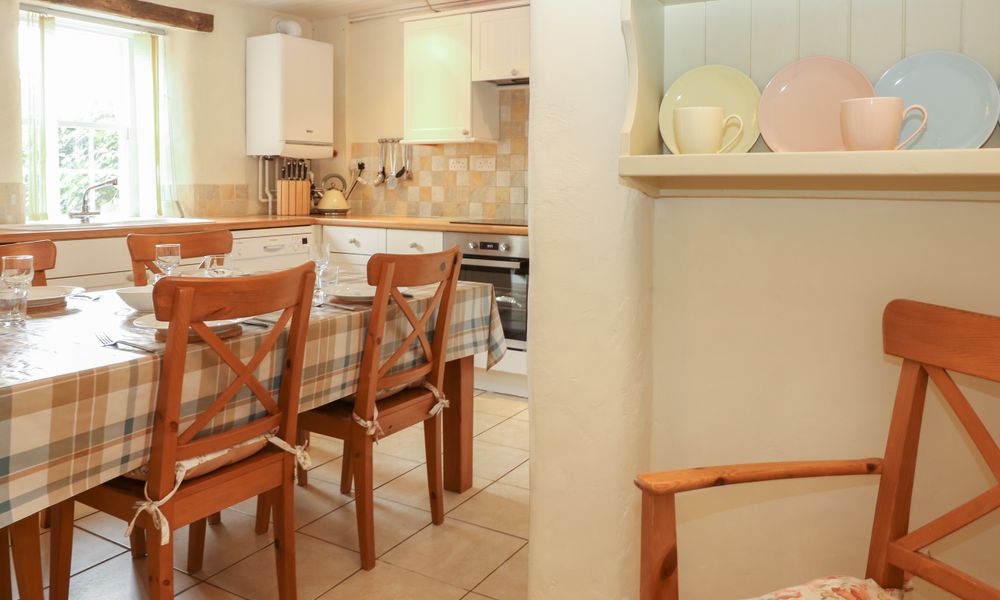 A Georgian property, with many original features including beamed ceilings, Kape Cottage is very conveniently located in a quiet residential street yet close to Whitby's superb amenities including shops, restaurants, bars, pubs, the beach and harbour and boasts glorious sea, harbour and Abbey views.


Enter this charming house and to the left is a large kitchen with oven, hob, dishwasher and fridge, plus a spacious dining area, to sit and enjoy meals together.

An adjoining utility room has a washing machine and access to the enclosed courtyard garden, which has a covered seating area, a perfect spot to enjoy breakfast or drinks before dinner, and wonderful views across the harbour towards the old town and out to sea.
FIRST FLOOR
Steps lead up to a large open-plan sitting room, again, with views towards East Cliff and comfortable seating to relax into at the end of the day; it also has a TV, DVD player, music system and gas log effect stove.
UPPER FLOORS
Each of the two upper floors has a double bedroom with en-suite shower room (one also has a bath) and superb views towards the harbour and sea.
OUTSIDE
This cottage has the advantage of outside space for al fresco dining or to just to sit back and catch the sunshine, relaxing, with a good book. 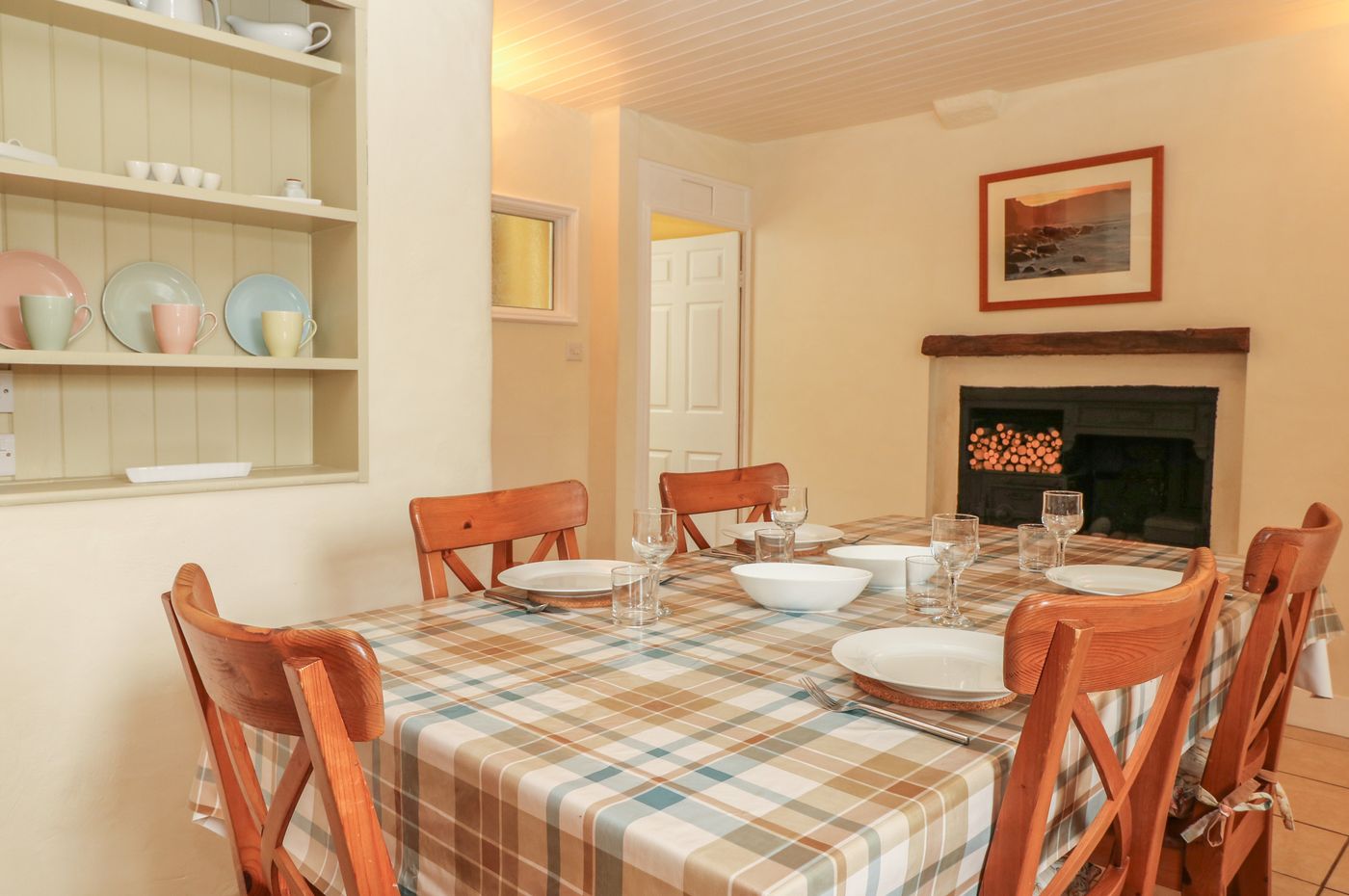 Kape Cottage is located on a quiet yet central residential street in the West Cliff area of Whitby, a short stroll from the harbour and beach and the town's excellent amenities. 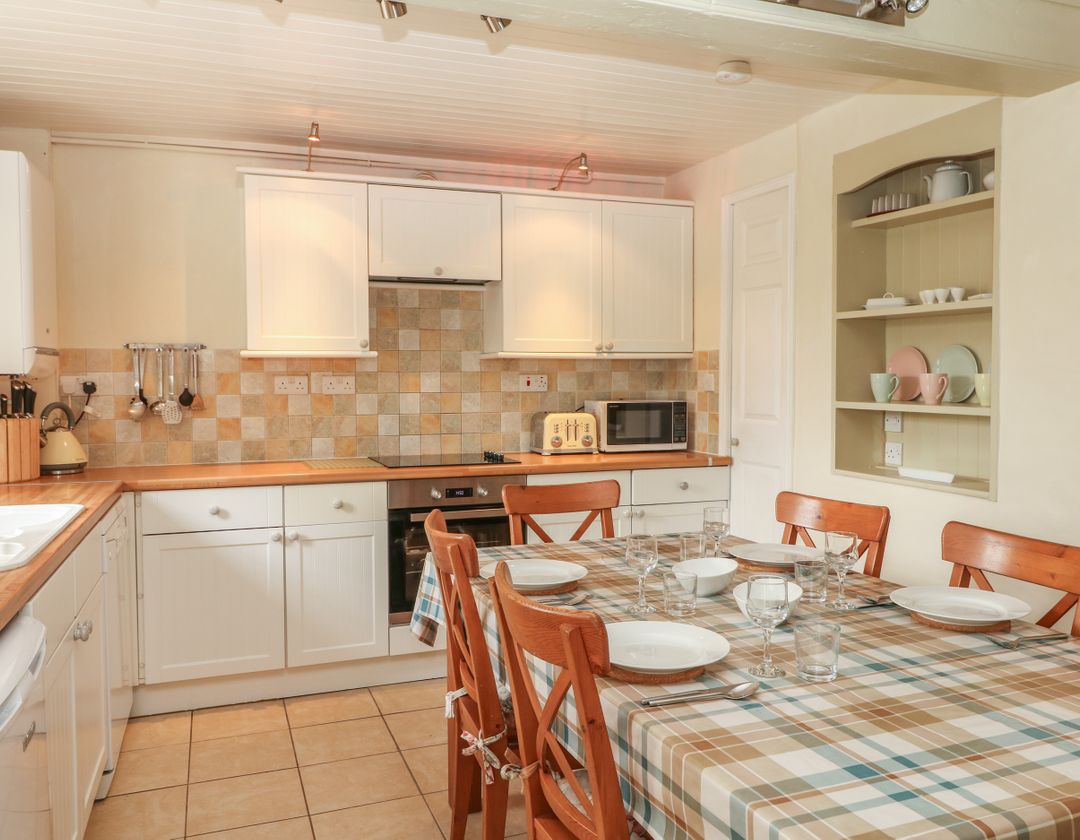 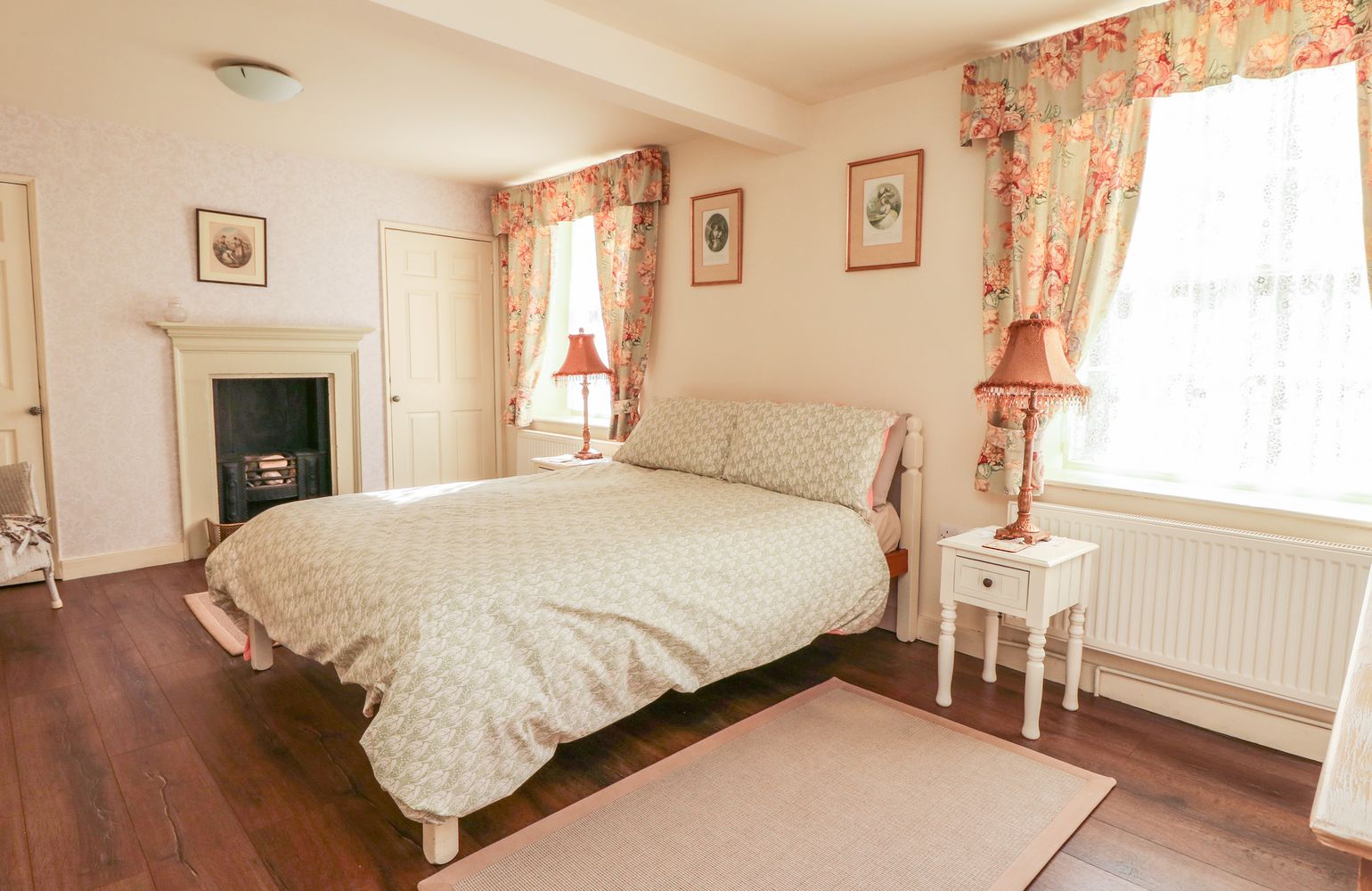 WHITBY MUSEUM. There’s many great exhibits that show the vast history Whitby really has. WHITBY ABBEY. Situated on the top of Whitby’s East Cliff, it’s one of the most popular tourist destinations in the seaside town. ST MARY'S CHURCH. Climb the famous 199 steps for glorious views of the harbour and the town of Whitby. CAPTAIN COOK MEMORIAL MUSEUM. A wide range of art exhibitions on a regular basis or enjoy a tour of being informed on Captain Cook’s voyages of discovery. THE DRACULA EXPERIENCE. Brave the Dracula Experience tour where you’ll hear the story of Dracula and the connections to Whitby. WHITBY BEACH. The beaches are sandy and golden and the a pretty harbour – with its famous swing bridge – is edged with stylish wine bars and award-winning restaurants. WHITBY HARBOUR. Catch Whitby crabs from the harbour or simply watch the sun go down over the old town. WHITBY GOTH WEEKEND / FOLK WEEK / REGATTA. Why not come during the two Goth Festivals, during Folk Week or the wonderful Regatta? All of which are incredibly popular extravaganzas that take place annually.

Other Info
Notes to guests

All utilities including gas central heating, bed linens and hand/bath/tea towels are provided.

A travel cot and high chair are available at no extra cost. 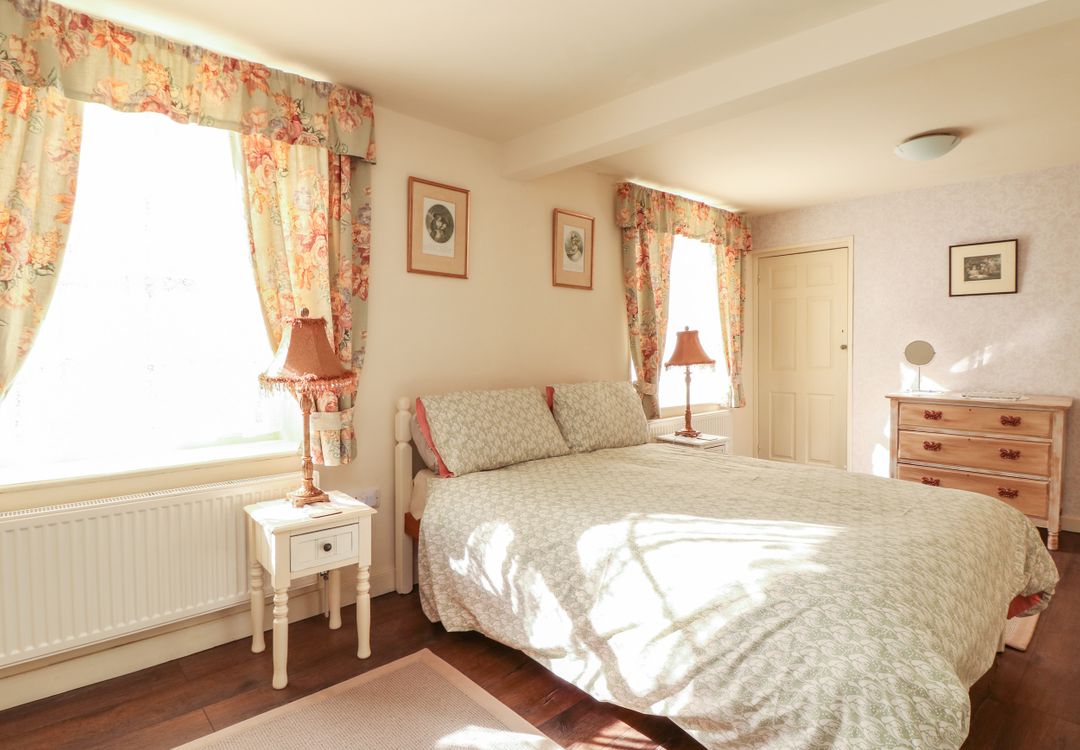 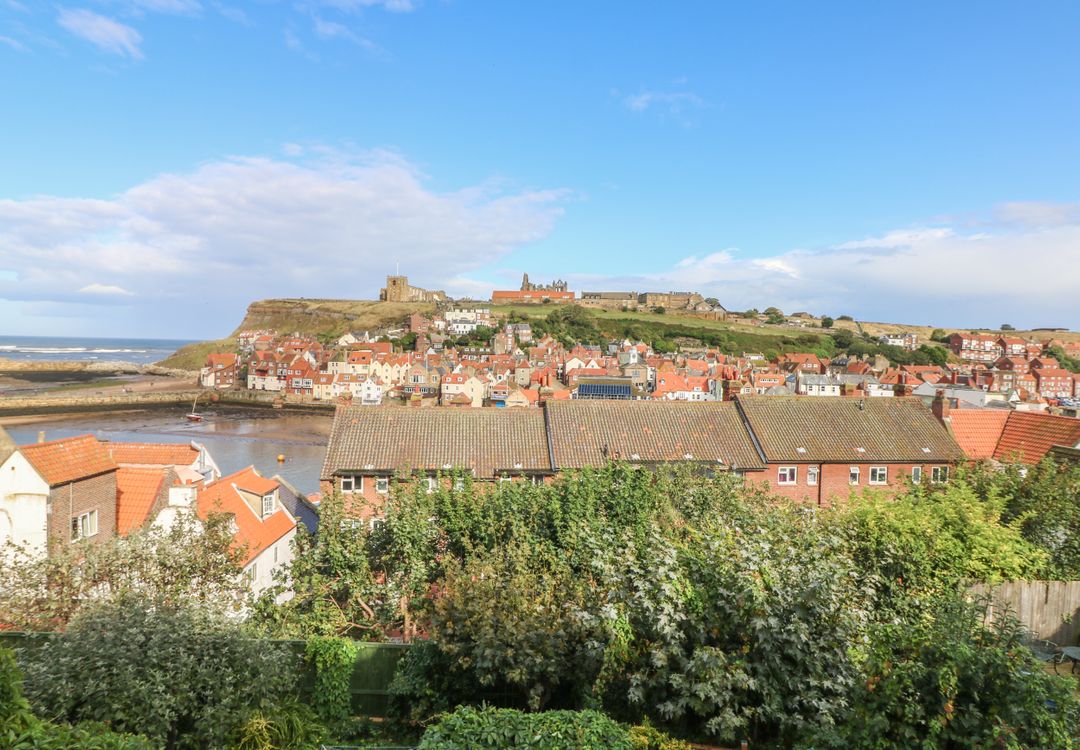