Your Guide to Visiting Whitby

As one of the most picturesque ports in England, Whitby and its harbour are dominated by the romantic ruins of Whitby Abbey. Keep reading to discover your guide to visiting Whitby and what makes this coastal gem so unique... 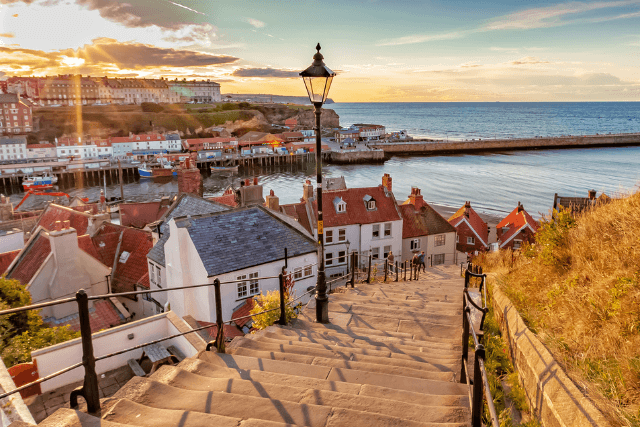 Whitby is known as the ‘jewel in the crown’ of the Yorkshire Coast and is a popular seaside resort. Home to narrow alleys and quaint streets that meander down to the busy quay. The coastal town boasts picturesque harbourside houses and small shops filled with crafts and antiques. Not forgetting the Whitby Open Market, one of our favourite markets in Yorkshire.

The town of Whitby is famous for its festival weekends including Regatta Week and Folk Week, not forgetting the hugely popular Goth Weekend. The local Whitby Tourist Information Centre is available for you to pop in and get help or advice on all local events.

What is Whitby Famous For? 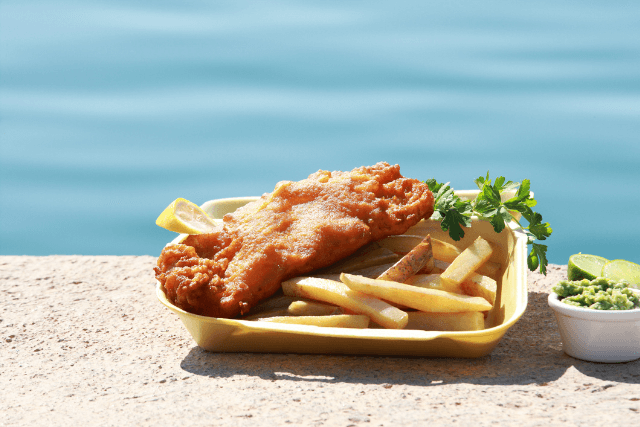 This small, coastal town in Yorkshire has plenty to shout about. Here are three things Whitby is famous for…

The town is famous for its association with the Dracula tale. Bram Stoker was inspired by Whitby Abbey during his stay in the town, where he wrote part of the most-filmed novel of all time. Visit the Dracula Experience for a unique tour through the Dracula story and its connection to Whitby.

James Cook (1728-1779) was born in Middlesborough and completed an apprenticeship in Staithes, just 11 miles north of Whitby. After falling in love with the sea, he moved to Whitby and became a trainee with a local shipping firm. Later, he joined the Royal Navy and was rapidly promoted to a command.

Thus he became Captain Cook – the man who charted to the coast of New Zealand and the eastern coast of Australia. He’s now world famous for being one of the greatest surveyors, the finest sailors and the most accomplished explorers of all time.

Whitby is also known for its world-renowned Jet Industry. Jet is a fossilised Araucaria tree and the result of millions of years of compression.

A precursor to coal, jet is warm to the touch and can be found in either a hard or a soft form, depending on where it was discovered – hard near saltwater, soft near freshwater. Whitby Jet is of Jurassic age, approximately 182 million years old and is of the finest in the world.

Discover more about the local area in our guide to What is Yorkshire Famous For?

The History of Whitby 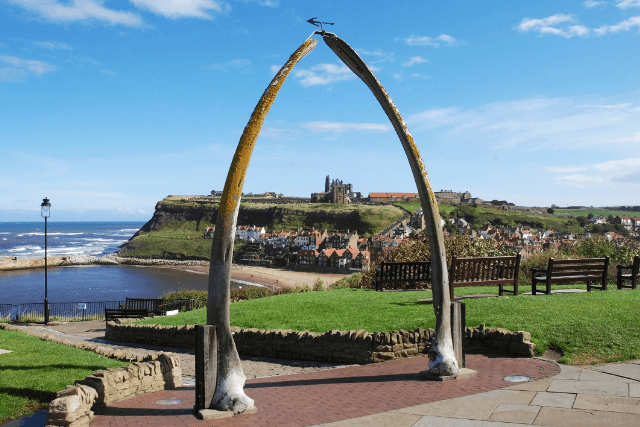 Whitby is steeped in history. A settlement has existed here since the Saxon period, but the Abbey that was built in 657 AD officially marked the birth of the city.

During the medieval period, Whitby was a place of major religious significance. However, it is estimated that only 200 people remained in Whitby following the dissolution of the monasteries in 1540.

The port grew in maritime and commercial significance during the Elizabethan period after Alum was discovered and mining began.

Ships such as HMS Bark Endeavour, Resolution, and Adventure were built in Whitby’s shipyards between the 18th and 19th centuries. In fact, Whitby was the port where Captain Cook learned his trade in seamanship.

By the mid-19th century, the shipbuilding and whaling industries were in decline, and the new railway was expected to revive the town. The railway was built in 1839 and for the first time granted easy access to Whitby.

A new development with a promenade, bandstand, and luxury hotels was built on the west side of the river. An area that is still thriving today.

The town now offers a wide range of excellent, award-winning restaurants and bars, and many quality shops, from retro sweet shops and quaint memorabilia to hand-made aromatherapy soaps and antique books. 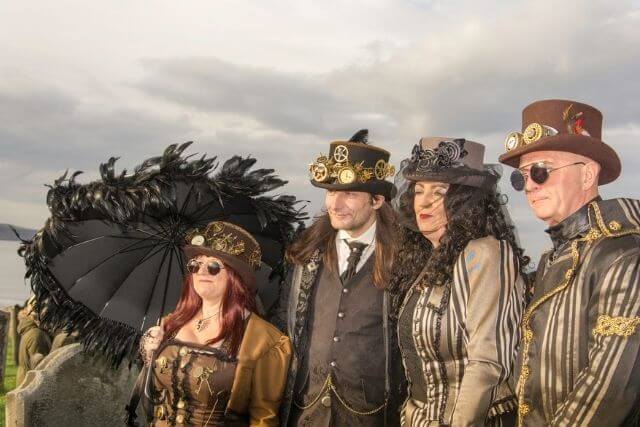 There are plenty of events in Whitby to experience. From gothic weekends to summer festivities…

The town hosts many annual events and festivals, including the famous Whitby Goth Weekend. Since its beginnings in 1994, the two Whitby Goth Weekends have since grown into one of the most popular goth events in the world, attracting the best-dressed Goths from across the UK and afar. The weekends are held annually around April and late October/early November.

The Whitby Regatta is another well-attended event, with three days of racing, fun and attractions for all the family. This usually coincides with Whitby Folk Week – around the end of August – ensuring that the town is full to capacity, so remember to book early!

Things to do in Whitby

Looking for the best things to do in Whitby? Here are our must-see attractions in this popular coastal town…

A must when visiting Whitby. Climb the famous 199 Steps up to enjoy breathtaking views of the coastline. From here you can visit the Parish Church of St Mary, one of the finest Anglo-Saxon churches in the country, featuring carved pews made by ship’s carpenters and craftsmen from Whitby’s once booming whaling fleet.

A trip to Whitby wouldn’t be complete without visiting Whitby Abbey. The abbey has been inspiring visitors for almost 1500 years. Recently voted Britain’s most romantic ruin, Whitby Abbey is set high above the coastal town.

Visit the Captain Cook Memorial Museum to learn more about Captain Cook’s awe-inspiring adventures. Take part in ropemaking activities or make your own compass! Visiting the museum is a great day out for kids.

The North Yorkshire Steam Railway has links from Whitby and Pannett Park. The Pullman Dining Train is an experience not to be missed – enjoy fabulous food with incomparable scenery.

Both Whitby and Sandsend have the top ‘Blue Flag’ rated beaches, for cleanliness and safety. Read our guide to the best beaches in Whitby for more information. Or why not go fossil hunting in Whitby – a great activity for the whole family!

Fishing is another great Whitby activity, where you can hire a boat and tackle for a day in the North Sea or you can join the many enthusiasts with their simple lines trying their luck off the Pier.

A short sea trip is available with the speedboat ‘Velocity’ or try the replica galleon ‘Endeavour’ or the many other vessels which take you on a short coastal trip – one of which includes a lovely sunset trip on the ‘Esk Belle’.

Looking for some more holiday inspiration? Check out these things to do in Whitby with families (including a Whitby Treasure Hunt for Kids!) or our guide to the best fish and chips in Whitby!

Places to Visit Near Whitby 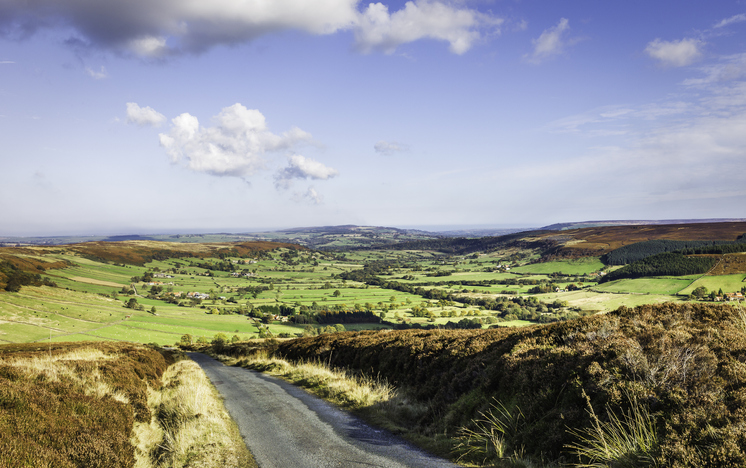 Inland from Whitby, the North York Moors National Park is a quiet, unspoiled upland area perfect for walking or touring.

Goathland, with its ‘Heartbeat’ connections, is within easy reach, as is Grosmont, where the spectacular North York Moors Steam Railway meets the Esk Valley line.

A combination of the North Yorkshire Moors, association with Bram Stocker’s Dracula and Captain Cook has made Whitby an ideal location for holidaymakers, of all ages. Book a holiday cottage in Whitby today to discover this coastal gem for yourself.